In more than fifty years of business we have been guided not only by principles of professional responsibility, but also by those that focus on charity, fairness and respect for the community. We invest in training, we support cultural and sports projects and we believe in extending our company’s ethics as far as they can reach. 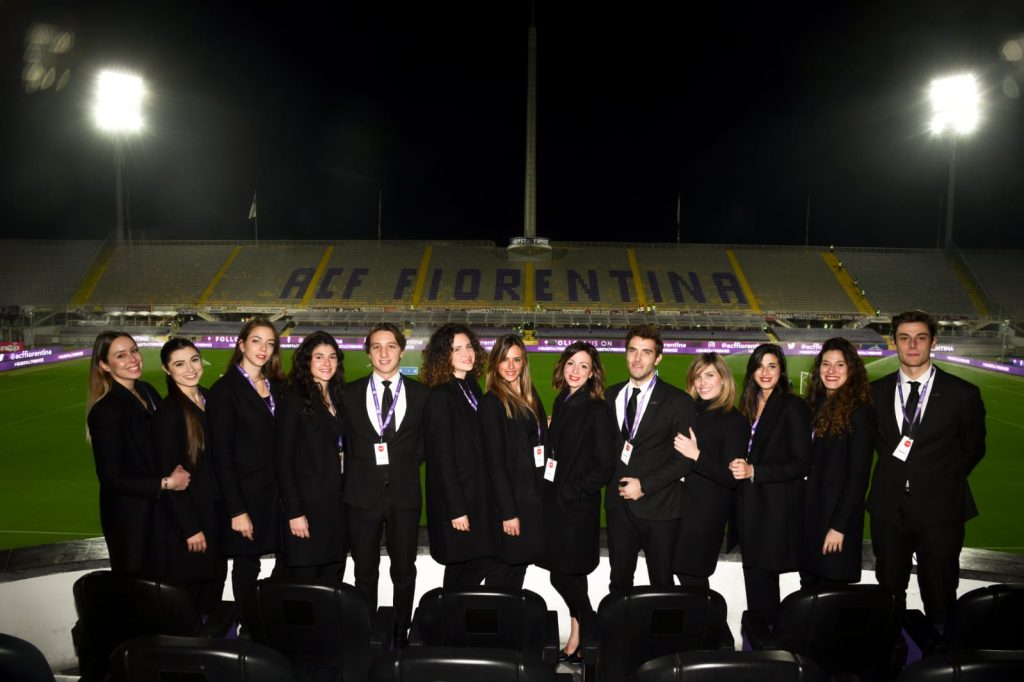 Sports are an important resource for every community because they embody values. We believe in this just as we believe in our home. That is why we support ACF Fiorentina, the city’s soccer team, the local basketball and rugby teams, and top-level training for the youngest aspiring footballers. 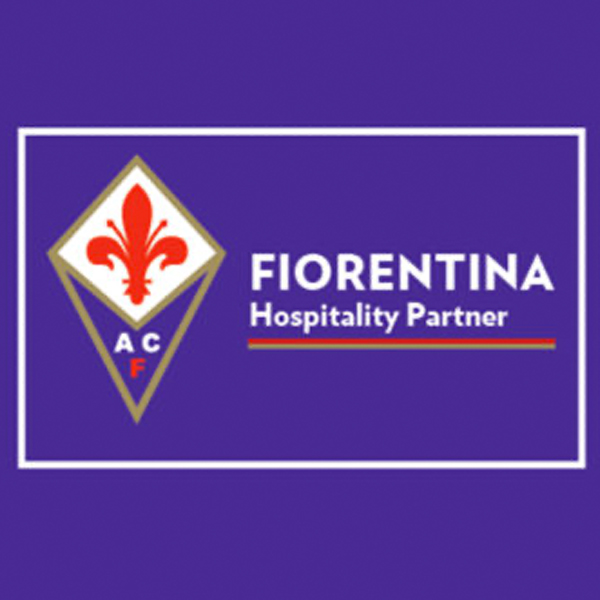 Naturally we support our home team. We have been sponsors of ACF Fiorentina since 2005 and our staff is up there in the grandstand for distinguished guests. 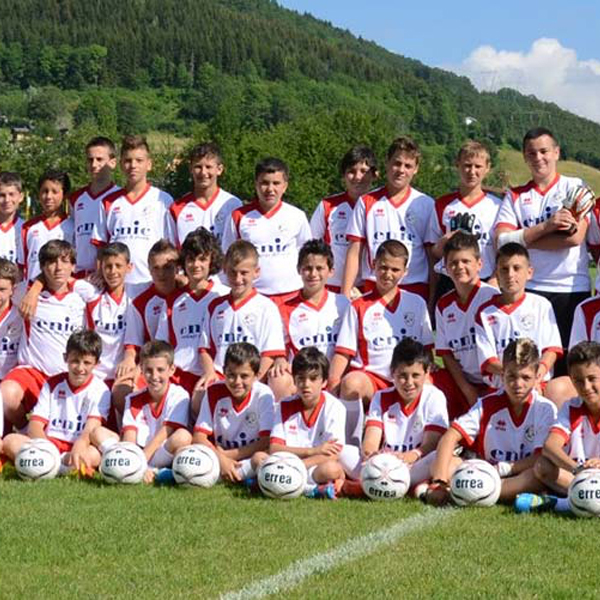 We believe in teaching children sports and mainly football where fairplay comes before technique.
Since 2007 ENIC has been sponsoring the Campus Claudio Merlo, entrusting 180 very young aspiring players to the “purple champions” – ACF Fiorentina. 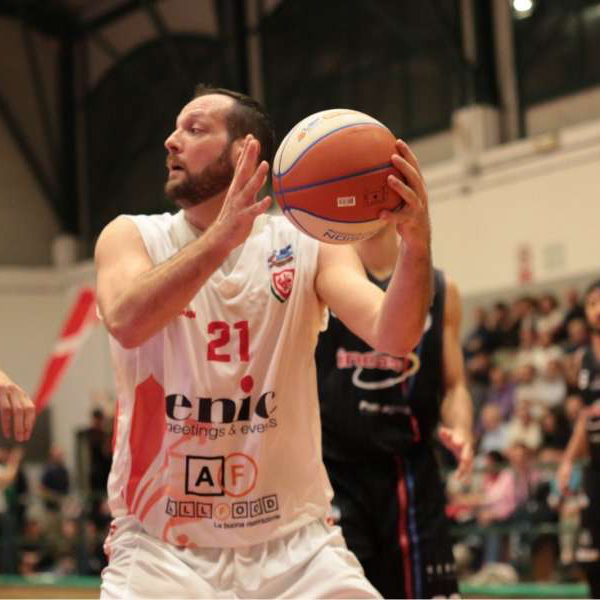 Florentine basketball needs a boost and boosters.
Basketball is an important sport that we believe in and we hope that our city will once again make it to the top. We are there, in the bleachers with All Food Enic. 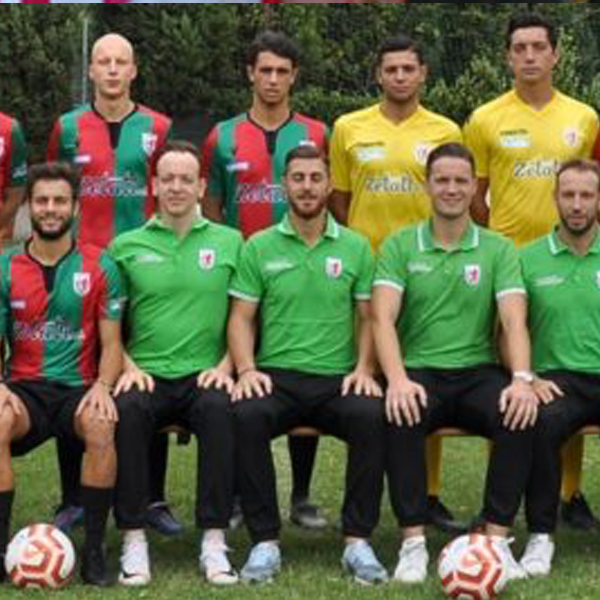 Our commitment to the world of football has become consolidated through our support – since 2019 – for A.S.D. Grassina, a Tuscan club that plays in Serie D – the national amateur league (Lega Nazionale Dilettante). 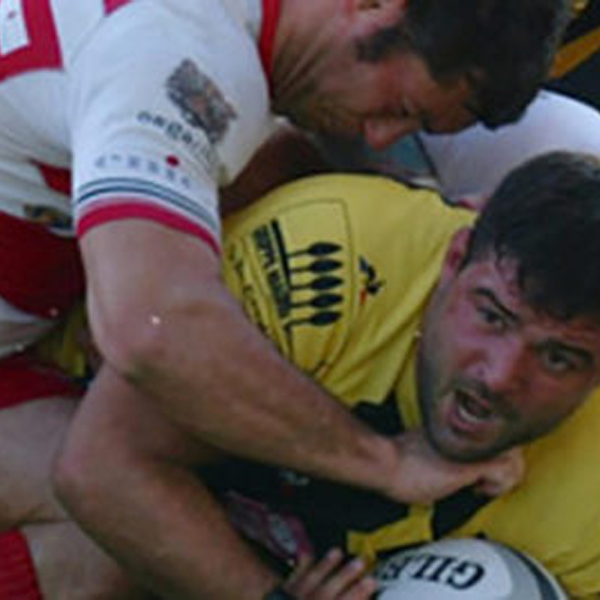 We put our energy and professionalism to work in organizing charity events. Whenever we are presented with worthy causes that deserve support, we are there. 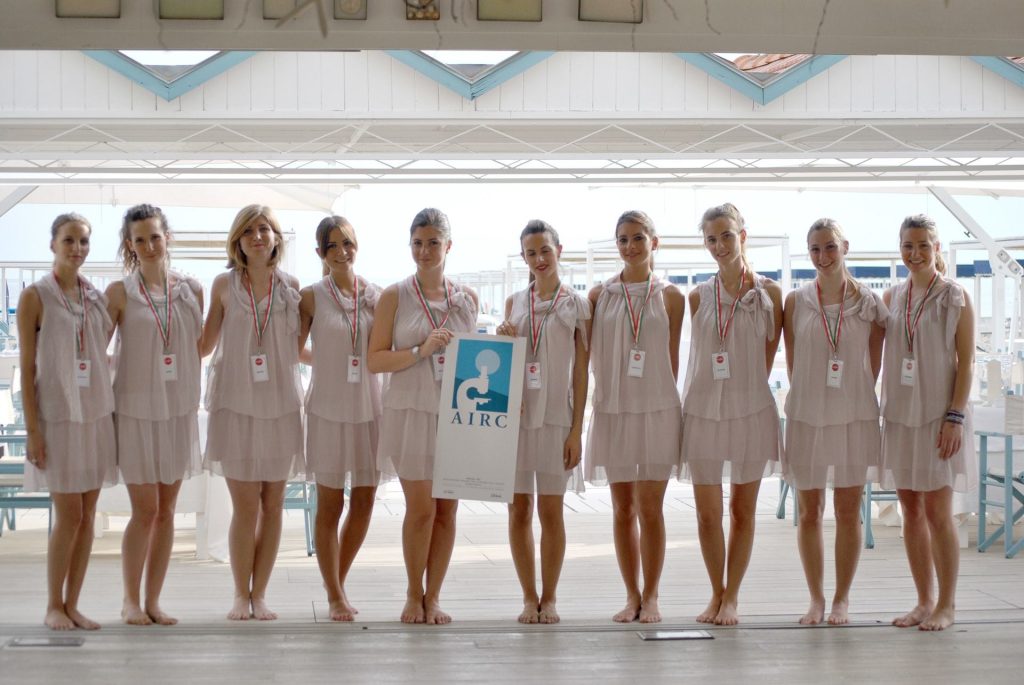 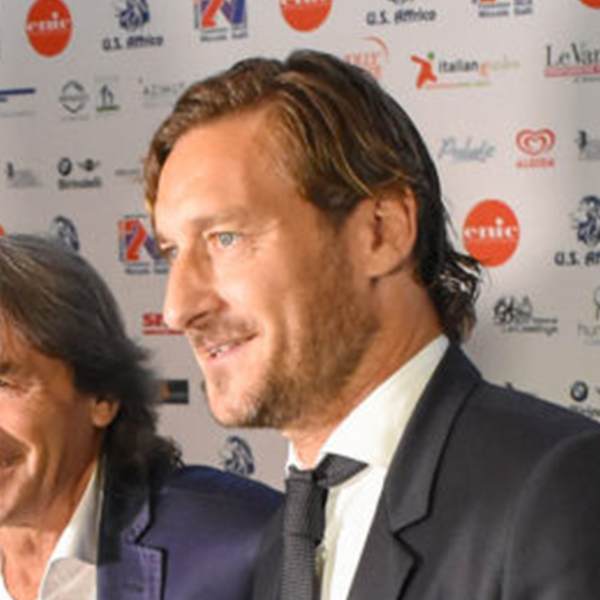 Since 2014 we have been working with the Fondazione Nicco Club organizing the Memorial Niccolò Galli, one of the most important youth tournaments in Italy and abroad. The tournament is held in Florence, the Foundation’s home city and engages the major Italian youth teams: Fiorentina, Inter, Milano, Roma, Bologna, Juventus, Torino, Atalanta and many others.
Many leading figures in the worlds of football, sports and journalism have received awards from Giovanni Galli and his family: Francesco Totti, Paolo Maldini, Carlo Ancelotti, Fabio Cannavaro, Gabriel Batistuta, Javier Zanetti, Giancarlo Antognoni, Arrigo Sacchi, and Gennaro Gattuso among others. All the proceeds from the Memorial are earmarked for different and important solidarity projects such as the creation of the inclusive playground, the Giardino Niccolò Galli that is adjacent to the Artemio Franchi football stadium in Florence. 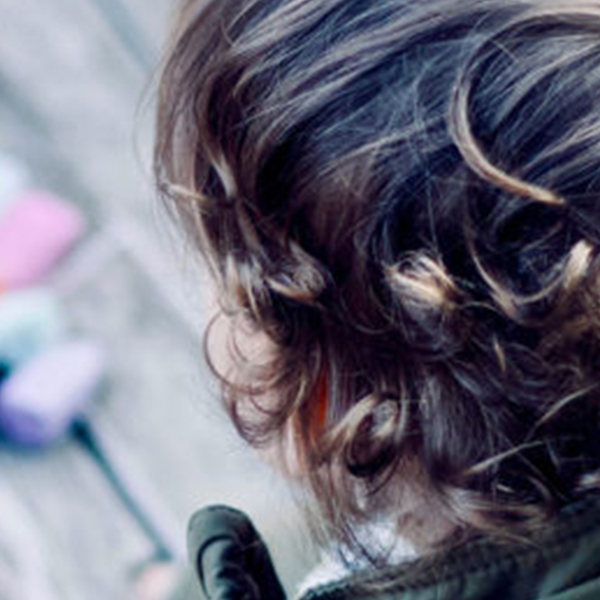 MiaDi is a project of the Fondazione Meyer that wants to create a network of excellence bringing together business people and representatives of the city to support the development of the local children’s hospital – Ospedale Pediatrico “Meyer” and to promote cultural growth in the healthcare-social context. We contribute
by organizing the benefit dinner that is held in a different location in Florence each year. 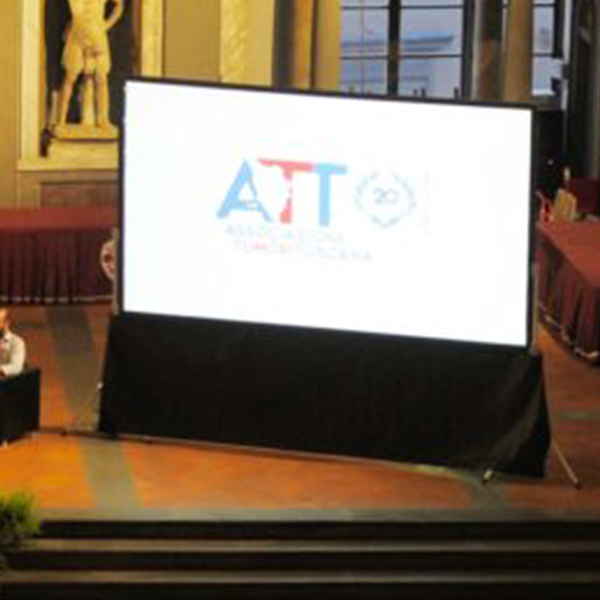 We have been supporting the Associazione Tumori Toscana ever since it was established. The association provides free homecare to cancer patients twenty-four hours a day, every day of the year.
Currently, the ATT (as it is known throughout the city) is helping around three hundred patients with a multispecialty team of doctors, psychologists, nurses and social-healthcare workers. All the professionals who work with ATT are paid by the association which is financed by private donors and funds raised during promotional campaigns and special events. We, at ENIC, have organized some of those events: Ballando con il Cuore(Dancing with your Heart), All’Opera per l’ATT (At the Opera for ATT) that is held at the Teatro del Maggio Musicale Fiorentino, and the association’s twentieth anniversary celebration in 2019. 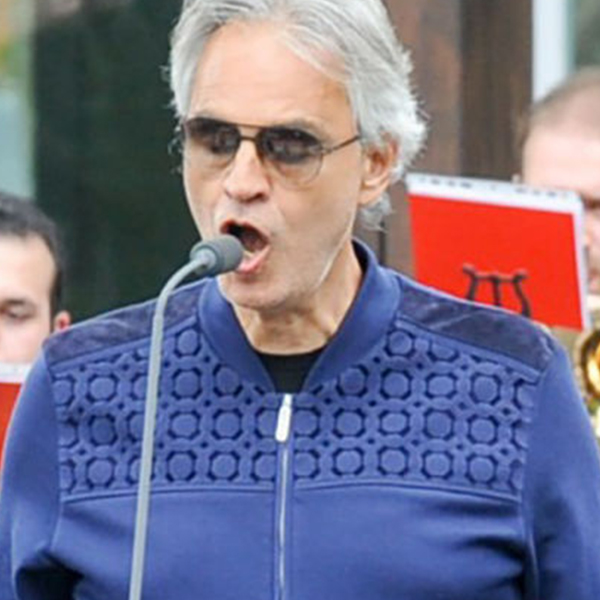 We support the Foundation founded by Maestro Andrea Bocelli and his family.
The Foundation was created to help people in difficulty due to diseases, conditions of poverty and social exclusion by promoting and supporting national and international projects that favor the overcoming of these barriers and the full expression of their potential.

We organized the inauguration of two new schools in the Marche region, in Sarnano and Muccia affected by the 2016 sima, both entirely rebuilt by the Foundation. 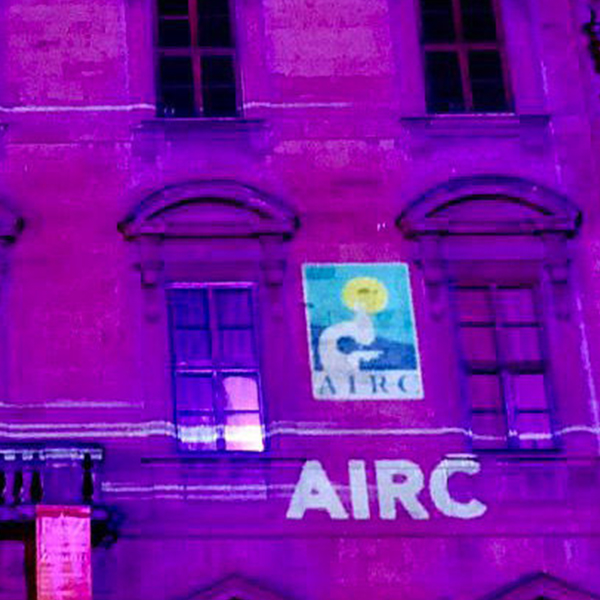 AIRC has been supporting cancer research and innovative scientific projects, disseminating scientific information and promoting cancer prevention and awareness programs for over fifty years. We have been working with the AIRC organizing fundraising events such as NastroRosa for breast cancer research.

We are lucky to live and work in an extraordinary city, home to some of the world’s greatest art. This means that the event industry can take advantage of magical sites as unforgettable venues. Over the years ENIC has made its own contributions to art by helping to restore places where we hold our events. 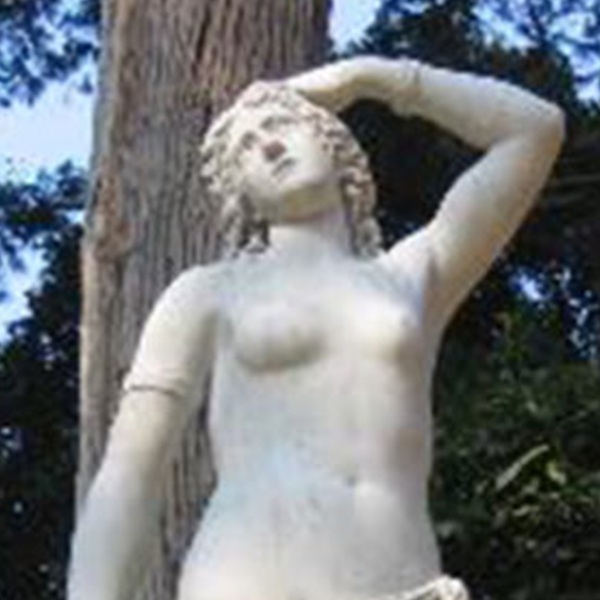 When the southern part of the Boboli Gardens was expanded during the reign of Cosimo II (1609-1621) many sculptors were summoned to make statues alluding to ancient mythology.
One of these was Michelangelo del Naccherino, a pupil of Giambologna, and this statue of “Grace” has been attributed to him. 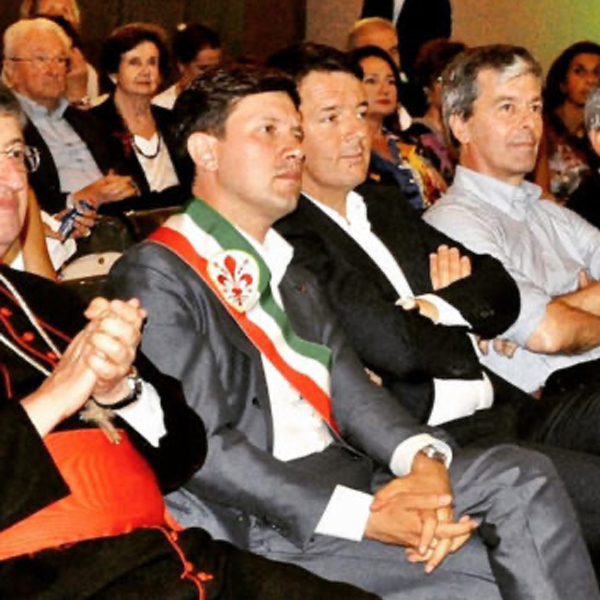 Five Mayors of Florence followed, encouraged and supported the Villa Lorenzi Project. All five Mayors, including the current one, Dario Nardella, were present at the celebrations for the thirtieth anniversary of this fantastic project, one of the charities that ENIC has always supported. The Salone dei Cinquecento in Palazzo Vecchio, packed as never before, celebrated the founder Zaira Conti.

Since its foundation, the project has been based on the awareness that both families and children in difficulty need qualified support to get out of often dramatic situations.

At the center of everything is prevention. Over the years, the prevention activity has developed not only in Villa Lorenzi but in the city, with meetings in schools and in aggregation situations where the message can be more easily received. Also present was Cardinal Betori with all the city authorities. 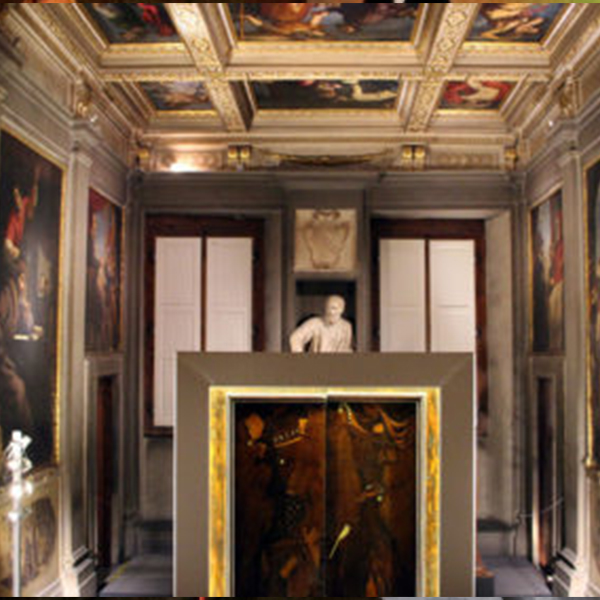 Michelangelo Buonarroti the Younger, the great Michelangelo’s nephew had this “studiolo” built as a small, private –
and very elegant space where he could study and meditate, and enjoy some warmth on harsh winter days.
The “studiolo” is decorated with delightful landscapes, flights of swallows and a trompe l’oeil table. 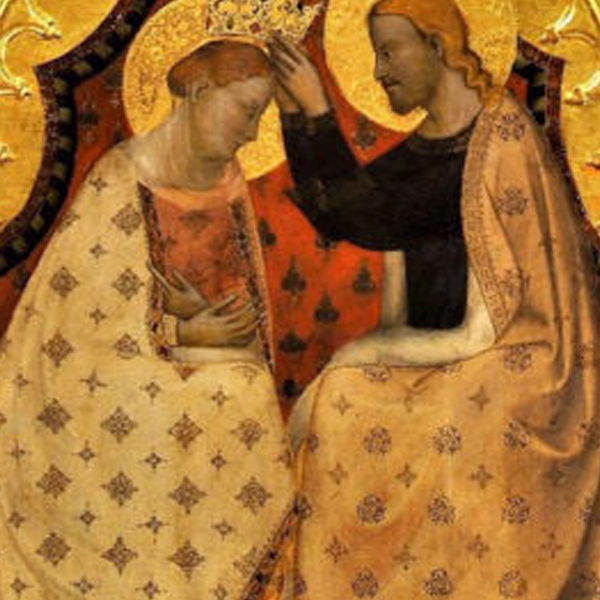 Restoration: Coronation of the Virgin

This fourteenth-century triptych by Bernardo Daddi is in the Galleria dell’Accademia in Florence.
The restoration was financed on the occasion of a special evening event. The company that sponsored this restoration on the occasion of a special event it hosted followed through with a five-year project dedicated to restoring other works of art as well. 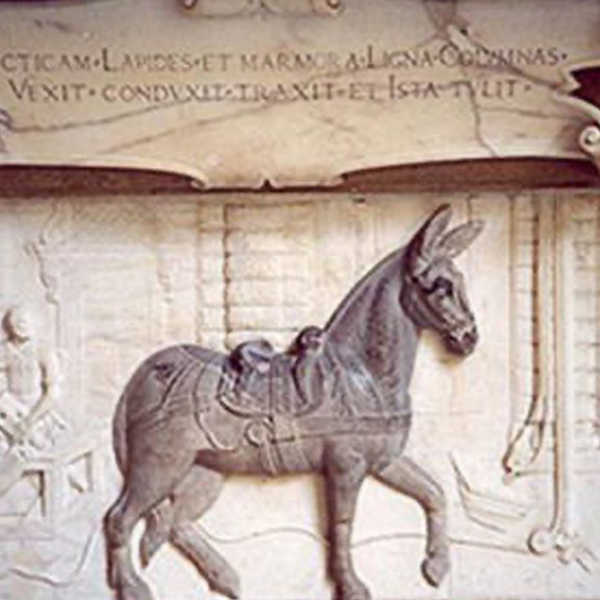 Restoration: Bas-relief of the She-Mule

This bas-relief carving is set into the wall of Ammannati’s loggia in the courtyard of Palazzo Pitti.
It was carved as a tribute to the little mule who helped Ammannati’s workers haul heavy building materials when the palace was being remodeled. The sculpture is the work of an unknown artist. 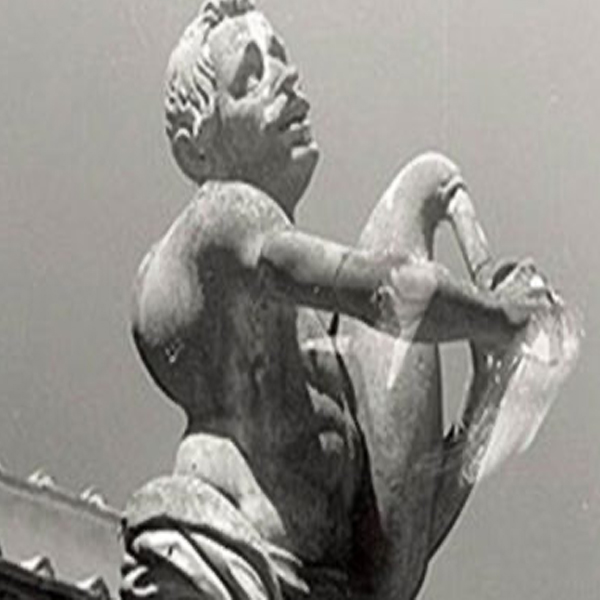 This statue, attributed to Pietro Tacca stands near the Isola in the Boboli Gardens on the wall outside the Citrus House.
It was made in 1620 to decorate the garden and like the “Seated Bagpipe Player was one of the sculptures known as “grotesque”…
in the days of the Medicis it was common to display deformities for public mockery. 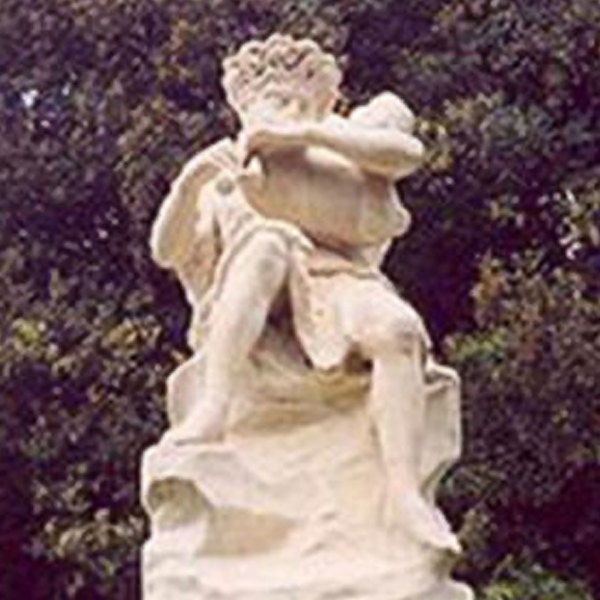 This statue, attributed to Giovanni Caccini initially stood in a cage near the Isola in the Boboli Gardens and was moved when the Lorraines remodeled the gardens.
Like the “Bagpipe Player” this is one of the statues known as “grotesque”.

Restoration: “Rest during the Flight into Egypt ” – Bonifazio Veronese

The painting in the Galleria Palatina, Palazzo Pitti, belonged to the Grand Prince Ferdinando De’ Medici who was particularly fond of Venetian painting.
The restoration brought to light the picture’s outstanding quality and confirmed the attribution to Bonifazio Veronese. 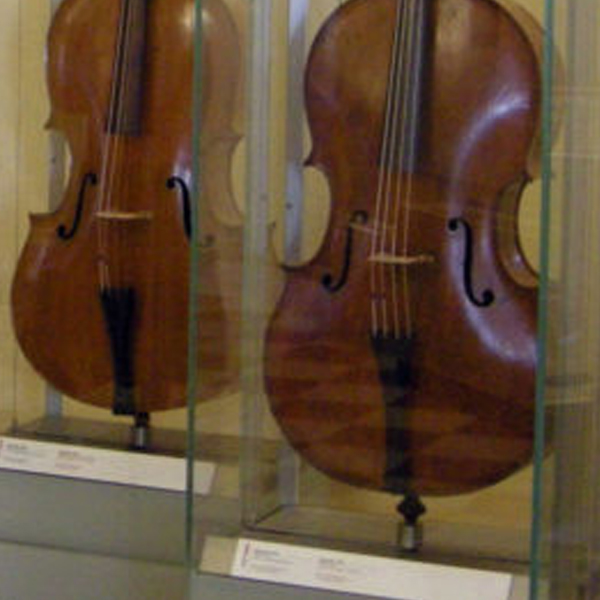 ENIC made a donation to the fund for the restoration of antique instruments in the Museo degli Strumenti Musicali of the Conservatorio di Musica L. Cherubini, which is part of the Galleria dell’Accademia di Firenze.
The approximately fifty instruments on display come mainly from the Medici and Lorraine collections.